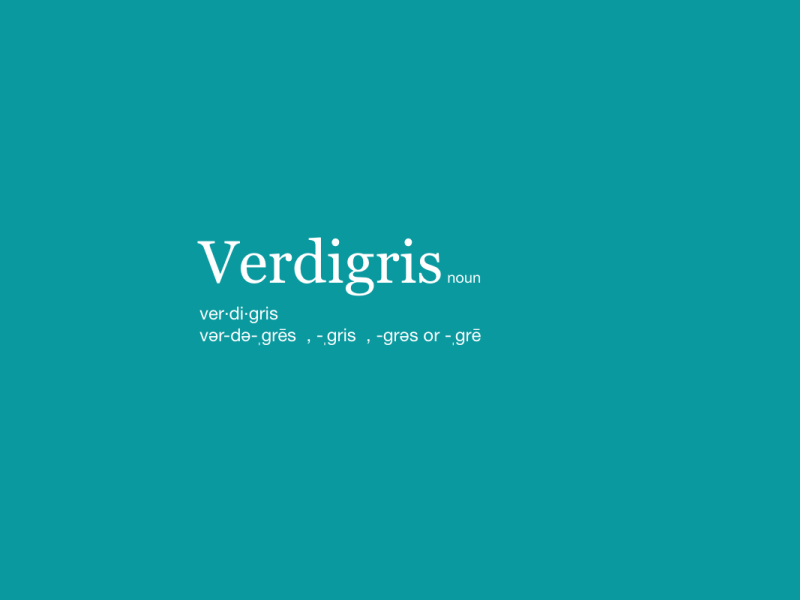 
Verdigris is the name for a green pigment created by the admixture of acetic acid to copper plates or from the natural phenomena formed when bronze, brass or copper is exposed to air or salt water. According to Wikipedia, “The name verdigris comes from the Middle English vertegrez, from the Old French verte grez, meaning vert d’aigre,[5] “green [made by action of] vinegar”.

Green Verdigris were often used in oil paintings after the renaissance period for landscapes and foliage. Not everyone was a fan of these pigments. Leonardo da Vinci was one of these people, he thought Verdigris in oil painting fades too easily. He wrote about Verdigris, in 1492:

The green colour made of rust of copper, Green made of copper, even when this colour is mixed with oil, loses its beauty like smoke if it is not quickly varnished. It not only goes up in smoke, but if it is washed with a sponge dipped in simple, ordinary water, the verdigris will disappear from the panel on which it has been painted, especially in humid weather. This comes about because verdigris is made from salt, which dissolves easily in rainy weather, and especially when it is bathed and washed with the sponge…

What Makes Verdigris So Great?

Verdigris has a number of unique properties that make it an ideal choice for artists and artisans. It is lightfast, meaning it does not fade or change color over time, and it has a vibrant, metallic appearance that makes it perfect for adding depth and shine to a variety of surfaces.

There are many ways to use verdigris in art and decoration. It can be applied as a paint or used to create intricate designs and patterns on surfaces such as wood, metal, and glass. It is also often used to restore antique objects and add a touch of vintage charm to modern creations.

Where Does Acetic Acid Comes In To Play?

Acetic acid, also known as ethanoic acid, is a common chemical compound with a variety of uses. It is a colorless liquid with a pungent, vinegar-like smell and is highly corrosive. One of the most interesting uses for acetic acid is in the production of verdigris, a bright blue-green pigment that has been used for centuries in art and decoration.

To make verdigris, acetic acid is typically combined with copper or brass in a controlled environment. The acetic acid reacts with the metal to form a layer of copper acetate on the surface. This layer is then treated and purified to create the desired pigment.

In addition to its artistic uses, verdigris has a number of practical applications as well. It is commonly used as a corrosion inhibitor in the construction and automotive industries, and it is also used in the production of inks, dyes, and other chemicals.

Overall, acetic acid is an incredibly versatile and useful chemical compound that has a wide range of applications. Whether you are an artist looking to add a touch of color to your work or a manufacturer seeking a corrosion inhibitor, acetic acid and the verdigris it produces are sure to meet your needs. 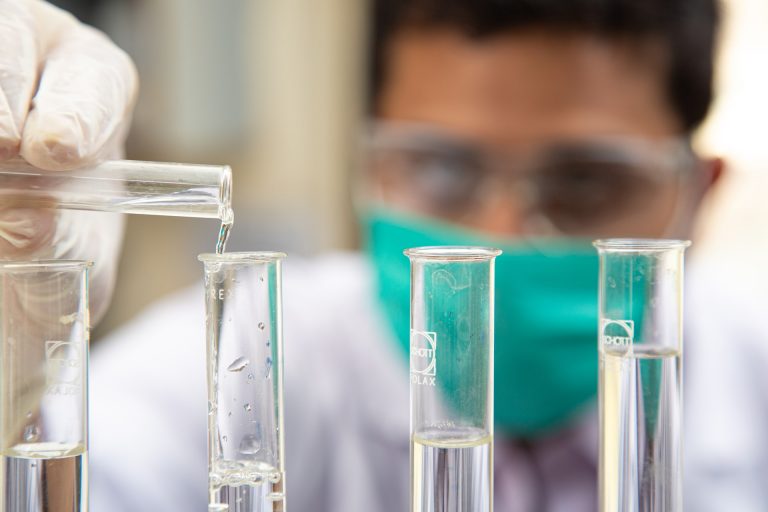 Methyl Ethyl Ketone (MEK) is a colorless, liquid chemical substance that is used in many industrial production processes. It is a natural solvent, making it a key component in many different chemical mixes and surface treatments. MEK is one of Alliance Chemical’s most popular liquid solvents! It is also referred to as Butanone or 2-Butanone, and while it is a particularly effective […] 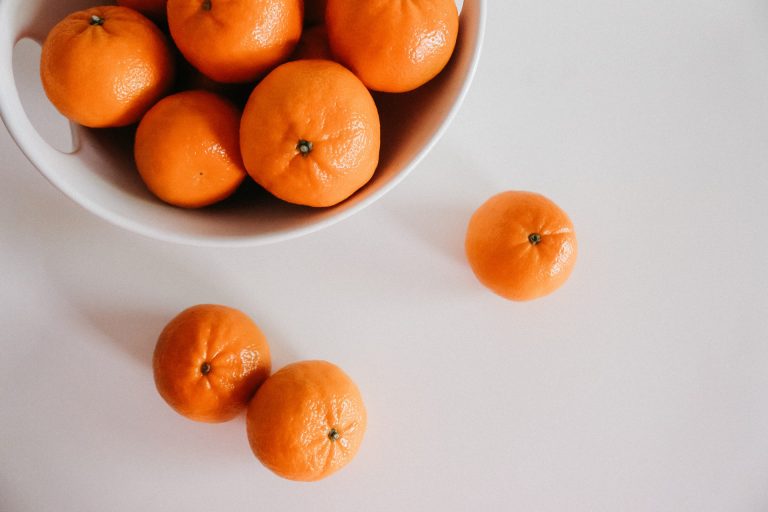 Jan 4, 2023 2 min read
What Makes D-limonene One Of The Best Degreasers & Better Than Orange Oil?

Unlike other harmful and toxic chemicals, Citrus based degreasers are powerful, safe and effective cleaners. The magic starts with D-limonene (also known as Citrus Terpenes) which is a naturally occurring solvent found in the oils of citrus. Keep in mind most Orange Oil’s might contain impurities and other elements. Alliance Chemical’s D-limonene is distilled directly from orange peels […]

Verdigris is the name for a green pigment created by the admixture of acetic acid to copper plates or from the natural phenomena formed when bronze, brass or copper is exposed to air or salt water. According to Wikipedia, “The name verdigris comes from the Middle English vertegrez, from the Old French verte grez, meaning vert d’aigre,[5] “green [made by action of] vinegar”. […]